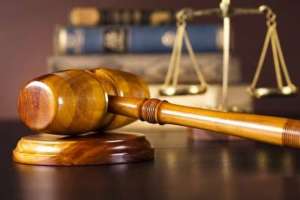 A shareholder dispute is a disagreement between shareholders about the governance of the business. Shareholder disputes can be a big hindrance to the success of any business, as they can interfere with daily business operations. They’re one of the most common reasons companies experience operational and financial problems. Because these disputes have such severe consequences, it’s ideal to avoid them in the first place. A shareholder dispute lawyer in Charlottesville Virginia, like Dale Jensen, PLC may be able to help.

Here are some of the most common causes of shareholder disputes.

One of the most common disputes a shareholder lawyer in Charlottesville Virginia sees is about where managers are trying to take the company. From hiring and firing employees to making expensive purchases and taking on new debt, there are many managerial issues that could affect the future of a company.

Shareholders have fiduciary duties toward one another. This means they have an obligation to act in the best interest of each other. Their legal obligations include honesty, loyalty and other responsibilities related to placing the business interests first. Unfortunately, not all shareholders abide by these responsibilities. In the most severe cases, breach of fiduciary duty can result in embezzlement and other criminal charges.

A shareholder dispute lawyer in Charlottesville Virginia has also dealt with disputes that result from conflict of interest. For instance, a shareholder might get involved in another business that competes with yours. In this situation, a shareholder isn’t looking out for the best interests of your business.

Minority Shareholders Don’t Have Any Say in Decisions

In an ideal world, shareholder employees are compensated based on their experience and training. Unfortunately, however, sometimes these employees are paid unfair rates. When this occurs, conflicts can arise.